The 12 zodiacs golf championship (Giải vô địch Các CLB 12 con giáp) using matchplay format without Handicap, divide competitors into 8 tables A-B-C-D-E-F-G-H. In 96 matches on June 16, there are couples of match look promising but the most interesting ones are pro and single Handicap matches from table A and B. The organizers planned carefully and give these matches the latest tee times so others golfer could finish earlier and come to cheer end enjoy these highest skill matches. Live stream sessions have been carefully set up to give the event more attention. The highlight of table B is the match between Phạm Lê Cường (Golden Monkey) and Nguyễn Xuân Việt (91-94), tee time 11:48, golfer Cường won Hanoi BA Golf Championship 2019 with Gross 76. There's also a match around that time with golfer Nguyễn Quốc Mến (G84) and Vũ Hưng Bình (G78), Mến used to play for Union team in the North, he won the Kremlin Cup 2019. Both Cường and Mến come from the 2 clubs considered the strongest Golf Club in Vietnam.

There is another good matchup in table B between Thái Trung Hiếu (1982) and Hoàng Văn Hùng (G79) at 11:56. Thái Trung Hiếu is known as one of the most popular amateur golfers. He played 4 times in Union Cup, won many FLC events. In 2017, he's in the Vietnam golfers team compete in SEAGames.

Golfer Phạm Minh Phong (Golden Buffalo) competes with Nguyễn Đức Ninh, Mr. Ninh had best gross in the Volvo WGC in the North and won a slot to attend the Volvo global golf event. Before that, he won the WAGC with the Vietnamese team in Malaysia 2017.

Just like group B, group A has 6 matches. The remarkable match comes from pro-golfer Nguyễn Văn Bằng (Golden Buffalo) and Nguyễn Thái Dương (G86). This is the first time these 2 pro playing in Matchplay with each other. Mr. Bằng won the Đà Lạt professional event in 2018. While Mr. Dương used to play on Asian Tour, he also won the 2nd place in VMC 2017. He now is a director at Golf 72+ Academy. This showdown surely gets a lot of attention from Vietnam Golf lovers.

Besides the pairs in groups A and B, many pairs are noticeable in the remaining groups. Every match is like a final one, all golfers will be determined to play for the club's honor as well as for the overall success of the tournament. 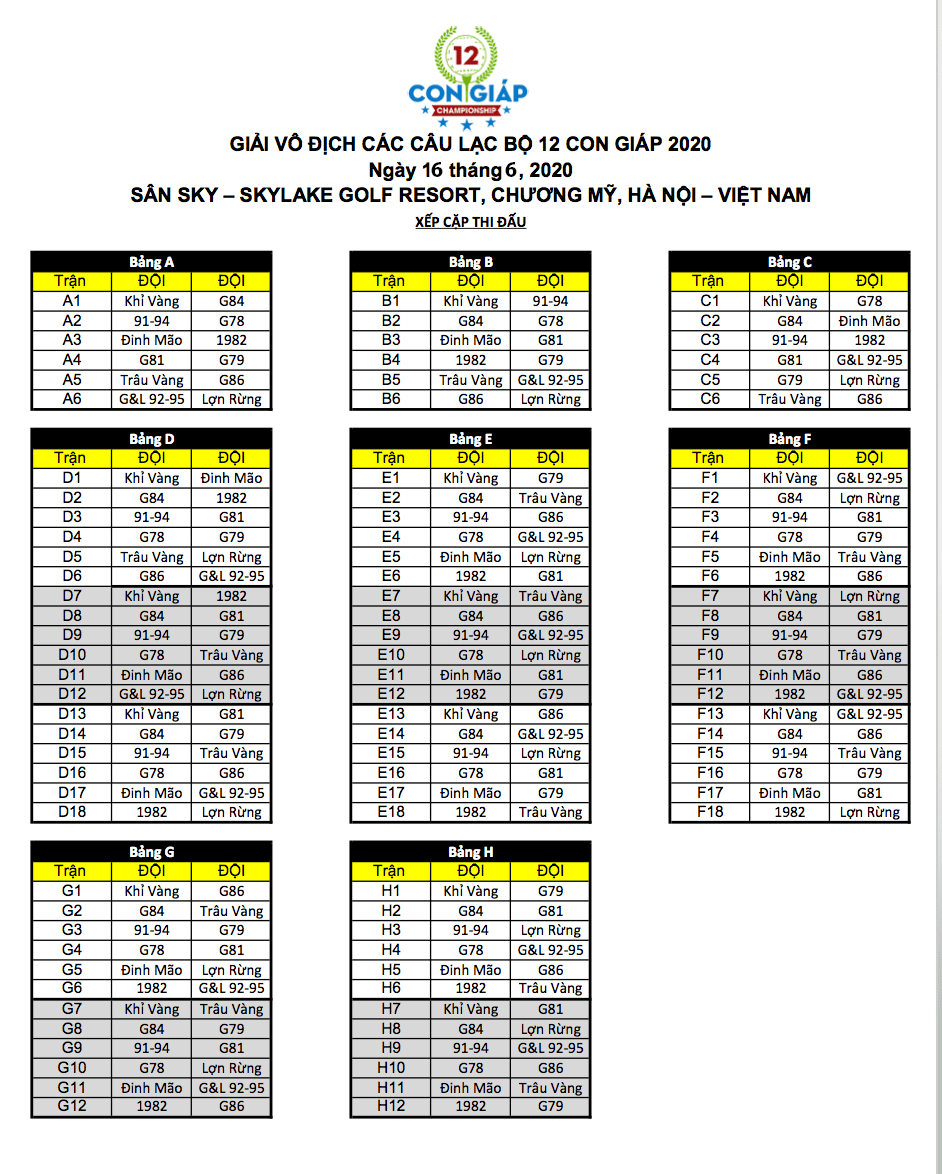