Due to some changes in activites, the 2019 Ciputra Club Championship Golf Tournament will be held on January 11, 2020. This is an annual tournament and attracts numerous members and guests to the tournament. With the desire to create a playgorund of long-term solidarity among golfers who are living in Ciputra urban area, Ciputra Golf Club organizes the event to honor the values that Contributing members to the CGC club. The full presence of numerous golfers shows the attractiveness of the tournament. The tournament also received a lot of support from sponsors. 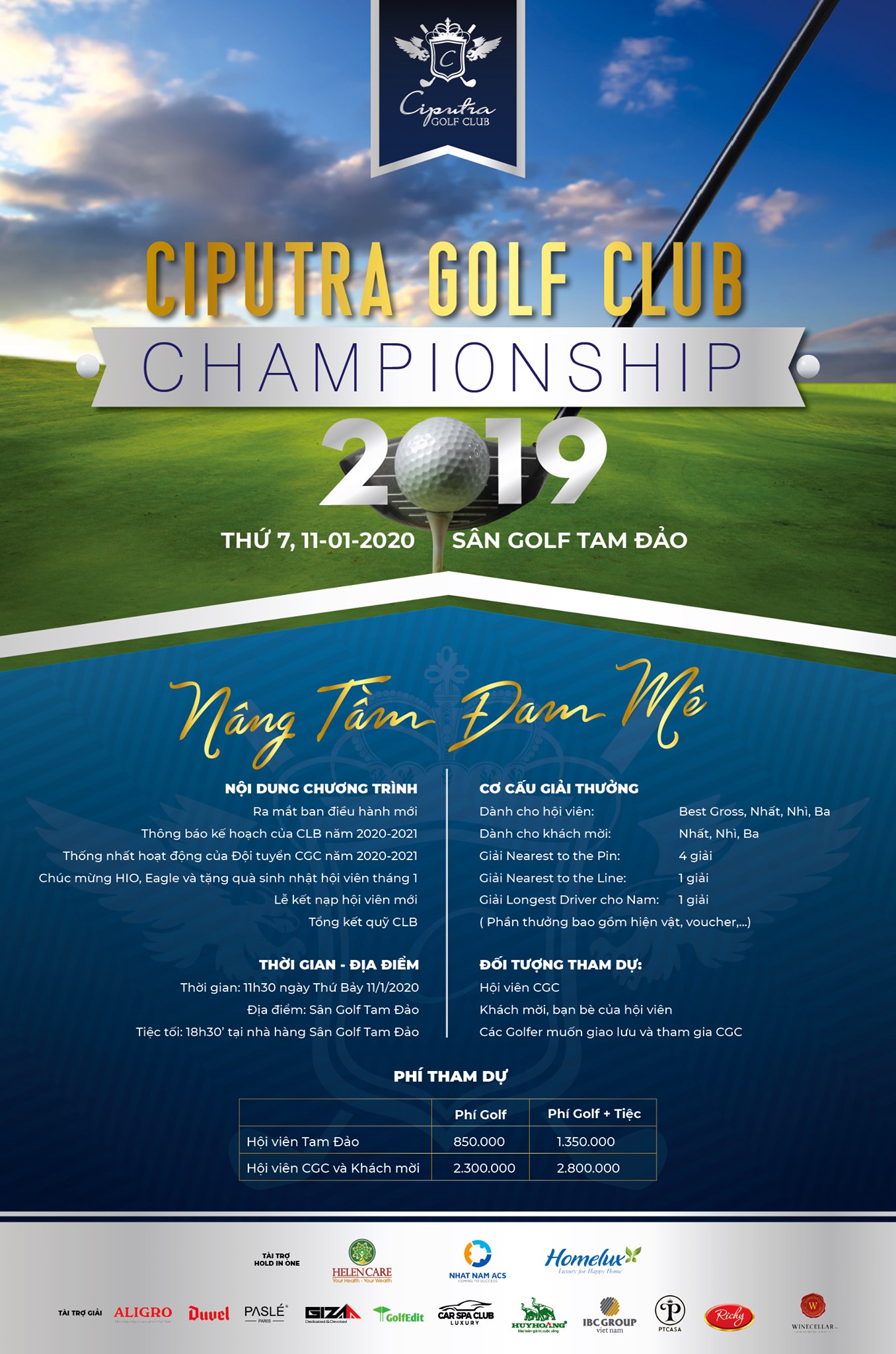 The Ciputra Golf Club Championship 2019 will included 4 ABCD tables with HDC increased gradually across the tables. There will be 3,3 and 3 positions in each tables, of which Male will play on green tee and Female will start red tee. In addition, there are also 6 technical prizes, including a Longest Drive prize in hole 01 and Nearest to the Line in hole 10, and 4 Nearest to the Pin prizes in Par3 holes. But if you're lucky, any golfer who wins Hole in one will get a huge reward worth billions of dollars. The prize on hole 17 par3 will be a Mitsubishi car for the lucky one.

Ciputra Golf Club has been operating since 2016 with many members participating in golf for 10-15 years. Club members' experience and understanding of golf are very rich. A few typical faces have attended the National Golf Tournament and achieved brilliant results. But ther is a staggering statistic that since the founding of the club there have been many golfers achieving Hole in one. The peak was in 2017 with 7 golfers achieving the luckiest prize in the life of golfers. Especially the HIO of club president Nguyen Quoc Khanh on the occasion of the 2017 Ciputra Club Championship. Golfer Luu Hung Cuong is the lucky opening for the club with the first HIO score in Chi Linh and second one in Trang An Golf Club. In honor of the individuals who have acquired HIO in recent times, the club's management will give a meaningful gift and special logo in the GALA to award the CGC Championship 2019.