Vietnam Amateur Open (VAO) 2020 at Vinpearl Golf Nam Hoi An has helped 15-year-old golfer Nguyen Dang Minh become the next representative of Vietnam to be named in the World Amateur Ranking World. The relentless efforts to compete, especially in the last two rounds of VAO 2020 by Nguyen Dang Minh, brought an exciting competition to the championship. Against Dang Quang Anh who experienced at many international tournaments, Minh proved to be not an inferior, confident through each hole and end the final round with 72 strokes (even par). Achieving a total score of (+4) after four days, Dang Minh excelled to take home hist first national title and created a new milestone in his career when he became the 11th Vietnamese golfer named on WAGR. 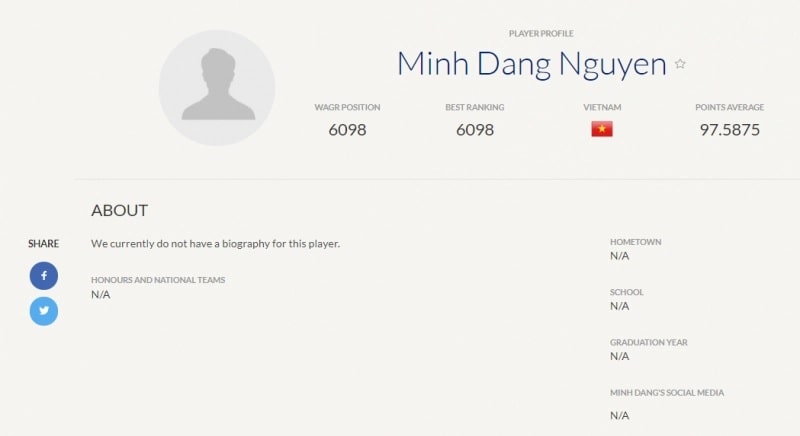 At the same time, registered golfers who have participated in the National Men's and Women's Amateur Championships have also improved their performance significantly because both events are recognized by WAGR and rewarded a handful amount of points.

Compared to the previous week, runner-up Dang Quang Anh increased 155 places to 2814. Two golfers end up in the 6th position are Nguyen Bao Long rose 422 ranks to 6036, and Tran Lam jumped more than 500 ranks to 5249. The best national golfer currently ranked best on WAGR is Hanako Kawasaki - 665. Hanako rose 21 places after finishing with the 3rd championship in VLAO.

This week, golfers will continue to have the opportunity to improve their rankings in the Wolrd Amateur Rankings if they achieve high results at the Vietnam Junior Open Championship 2020 (VJO) also at Vinpearl Golf Course Nam Hoi An (from 24-26/7).

The absence of Thao My and Khue Minh due to Covid-19 and VJO 2019 champions Hanako can't attend the tournament will open up opportunities for other young golfers to win the tournament this year.