With a value of HIO prizes up to 10 billion, the FLC GAB Tournament 2020 will take place from  March 26-29 on the Ocean court of FLC Golf Links Quy Nhon. This event promising to be an attractive playground for the golfers want to hunt for great prizes and to spend time with their family.

FLC GAB Tournament 2020 is an event to welcome the event of FLC Mining Investment and Asset Management Joint Stock Company (FLC GAB for short) through the policy of investment cooperation with FLC Group in the development of the Zone project. FLC Quy Nhon eco-tourism urban in Nhon Hoi Economic Zone (Binh Dinh). The tournament is organized by FLC GAB in collaboration with FLC Biscom.

FLC GAB Tournament 2020 has aan attractive prize structure, in which the HIO consists of 16 luxury cars, 35-year golf cards of FLC Group golf courses, Bamboo Airways flights and many other prizes. THe golfers participating in the tournament will be divided into A tables (HCP 0-15); B (HCP 16-25) and C (HCP 26 and above). The golfers will be registerd to participate in many rounds to increase the chance to win the HIO, but only calculate the achievement in the first competition.

After exactly one year since the FLC Golf Championship 2019, FLC Group has just brought a tournament back to its FLC Golf Links Quy Nhon - which is known as one of the most beautiful golf courses in Asia - Pacific. This is also the golf couses that has marked the first "giant" HIO in the FLC Group's Tournament to golfer Tran Phuong at hole 16 worth 7 billion.

According to the press conference this morning, the organizers will build packages including: Enjoy Bamboo Airways Flights, stay at 5-star FLC Quy Nhon hotel and play golf here. This is thanks to the FLC Group's closed product system that has built and promises to bring the best experienced for golfers who want to hunt for HIO, combined with family vacations. 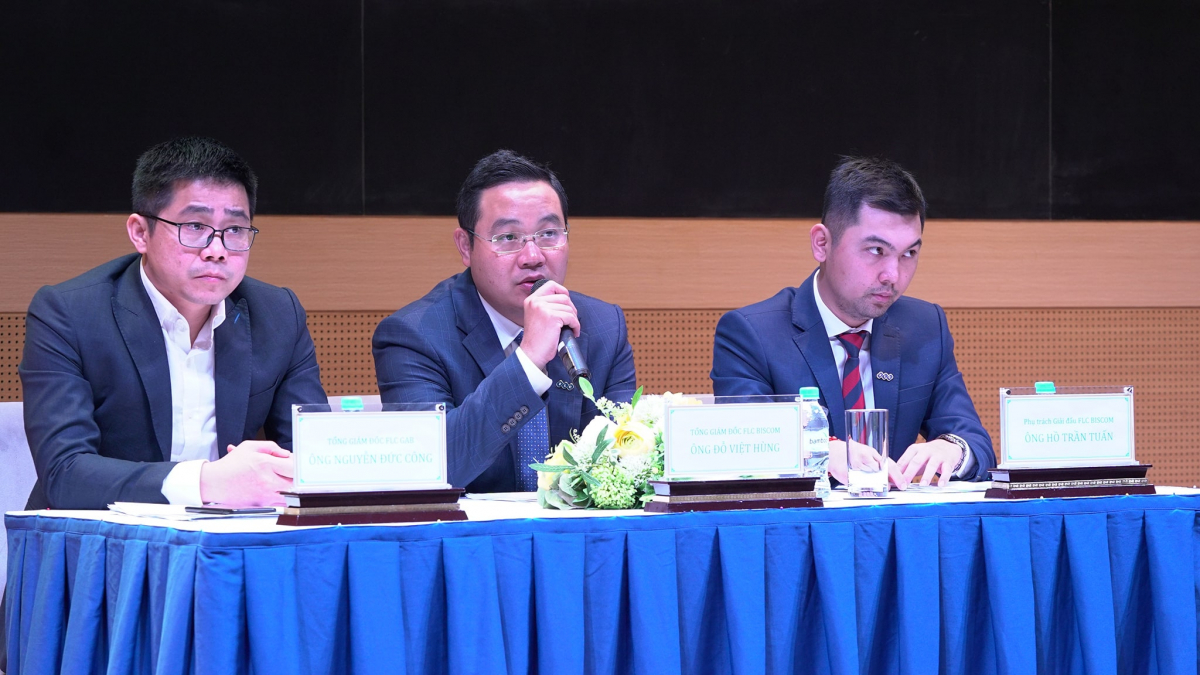 GOLFING WITH SAVE JOY - Alegolf